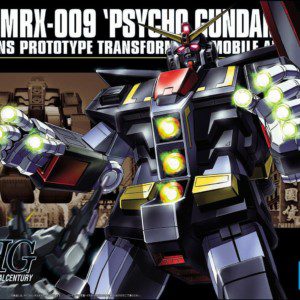 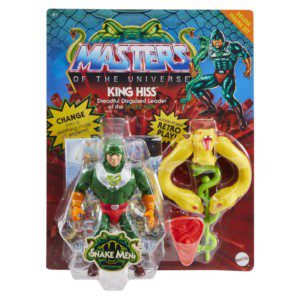 The HG Alteisen is the second release in Bandai’s new line of non-scale High Grade models from Super Robot Wars, a famous tactical RPG with a star-studded cast comprised of the most iconic mecha-anime characters over the years. The Alteisen is a Banpresto Original Mecha, meaning it exists only within the SRW universe. The Alteisen is also the development of the Gestpenst, which will receive its own High Grade rendition in the summer of 2022. Despite its appearance as a bulky, heavily armored mecha, the Alteisen specializes in high-speed hit-and-run tactics. To counteract the added weight of Alteisen’s many armor panels, the designers incorporated countless Hi-Power Vernier Thrusters into the Alteisen’s frame. The addition of vernier thrusters drastically altered the Alteisen’s handling, requiring a highly trained pilot to take full advantage of the mech’s capabilities.

More considerably sized High Grades without an inner frame like the HG Alteisen often showcases Bandai’s talent for creating color-accurate, fully posable, and snap-buildable models for all ages to enjoy! Builders will think, “how clever!’ after the addition of each part in HG Alteisen’s construction. The HG Alteisen doesn’t rely on any polycaps for completion, providing a solid and sturdy display piece for years to come! This model also borrows a handful of parts from the previously released HG Cybaster to create some of Alteisen’s joints. Alteisen’s massive shoulders each contain a set of ten Square Claymores, with two articulated panels to cover them when not in use.

Weapons and Other Notable Attributes –

The Alteisen utilizes an assortment of onboard weaponry instead of a loadout comprised of handheld armaments to keep the robot as agile as possible. Alteisen’s right forearm contains a powerful weapon called the Revolving Stake. The Revolving Stake combines a massive metal stake with an explosive-filled revolver for the ultimate hit-and-run weapon! Alteisen rapidly approaches its target using its many thrusters, striking the enemy with the stake, then detonating the explosives at point-blank for a devastating blow! The horn atop Alteisen’s head is more than just a decoration. This Heat Horn can be superheated and used as an emergency weapon when Alteisen cannot use its arms.